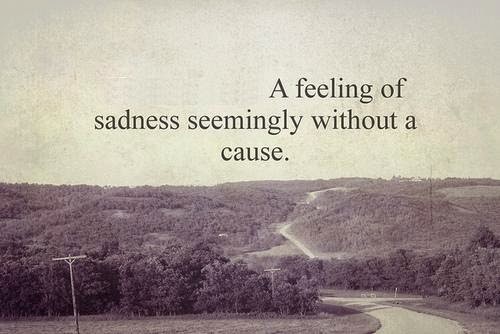 “Crap, it’s Monday again.” These are the first words that came out of ’s lips as she stood up from her bed. She did not even bother to comb her hair which red streaks in it.

“Breakfast time! Don’t stay up late and have wake you up! Get up!” ’s mother shouted in succession.

“Alright, I’ll be downstairs!” she yelled back. “Where’s my diary?” she thought to herself as she rummaged through her stuff. Upon finding it, she immediately wrote a new entry.

“March 15. Today, I was hoping not to wake up. To die in my sleep. Trying to live a normal life is extremely difficult especially when the world you live starts to spin out of control”.
“I’ve been tasked to follow-up on all the back logged tasks for the school paper. There are times when I question myself for joining the school publication. But every time I ask myself that, I get this feeling of accomplishment. A reward for doing what I love.”

“Do I really need to go up there and drag your butt down here?” ’s mother bawled. “Your breakfast is getting cold”, she said afterwards.

“Jeez, alright” she uttered. “And we’re back to planet Earth” she thought mournfully. While she was climbing down the stairs, she was greeted by the voice of mom saying, “Your dad won’t be able to drive you to school. He came in pretty late last night.”, she finished irritatingly, as if a playmate had stolen her candy.

“And you’re still not used to it?” she answered nonchalantly. “Reality check mother dear, he will never change and I have no idea why you put up with him. We colud always leave him you know.” , she said with some degree of anger in her voice.

“Don’t worry about it, we’ll find the right time to do it.” , her mother’s voice trailed off and started to look as if the right time is slowly being a far fetched dream.

“Let’s just eat, ok?”  said to her mom to bring her back to the reality of eating breakfast. “Another reason why I want to die. A pseudo-absentee father and a mother yearning from freedom from a life of quiet desperation”.

She ate finished her breakfast hurriedly, took a bath and literally ran out of the house to go to school.

“Rise and shine princess!” were the first words of her mother that infiltrated Mika’s ears as she woke up. She opened her eyes and slowly sat up on her bed. She kissed her mom on the cheeks as she greeted her “Good morning”.
“Breakfast’s ready, I’ll take care of this.”, her mother said, referring to her unmade bed.
“OK”, answered Mika. But before going down, she secretly took her diary and hurriedly went down the stairs and went straight to the chicken. She immediately started writing an entry after making herself comfortable on the dining table.
“March 15: What a beautiful day. Another day, another chance, a new hope for all. Everything is going great for now. I’m going to pass my article today at the office. I’m tired of it all…”.
“You haven’t touched your breakfast. Don’t you like what’s on the table?” her mother perkily inquired.
“I was just doodling something.” she replied.
“I had such a lovely time last night at the concert that your Dad and I went to.” her mother cheerily informed.
“Really? Bummer that I wasn’t able to tag along” Mika said.
“Until now, I couldn’t stop myself from singing whenever I remember how much fun I had.” Mika’s mother went on while as if still reeling from enjoying last night by dancing. Mika answered with a smile.
“If I stay here any longer, I’m going to be really late.” Mika said to her mother who was sort of snapped out of her daydream.
“OK darling, go ahead and take a bath and I’ll take care of this.” said her mother. Mika stood up from the dining table and went to take a shower. After she was done dressing up she said went back to her mom.
“I’m going now” she said.
“OK. Take care. The driver’s waiting for you” Mika’s mother uttered.

“Alright class, since we finished the course outline a little early this semester, I will ask someone from this class to choose any topic which he or she thinks needs to be talked about more…” said Mika and ’s professor in Psychology.

The class fell silent. Some displayed annoyance at the thought of having a something new to talk about, while the others clearly showed that they did not care at all. Mika slowly raised her hand as a thought started to form in her head.

“I was actually wondering about the dynamics of suicide. Why people do it, the mental state leading up to the act itself. The works.” answered Mika.

“Well in some cases, people take their lives because of pride. Like the ancient Japanese samurais. Rather than accepting a humiliating defeat, they welcome the thought of dying at their own hands. Others do it because of the overwhelming feeling of not being able to handle the problems that came their way so they resort to this act. While some thinks that by committing suicide, they would be able to escape the ‘mad reality’ as they say” he explained.

“So is it ok to say that if you’re afflicted with the deadly sin of pride, then there’s the possibility of actually taking your own life because you can’t let go of your arrogance?” Mika inquired.

“Well if you look at it that way, you could say that” their teacher said.

“But what if someone wants to kill his or herself for no apparent reason?” Mika asked again.

“Remember that in life, everything we do has a reason no matter how mundane or random it is. It is a bit illogical if you’re going to do it on a whim.” interjected .

“Fine. But what if the actual purpose is to try and experience the feeling of committing suicide.” countered Mika.
“There would still be a reason as to why the person would still want to try the feeling of taking your own life.”  asked Mika.
“That’s it. He or she just wanted to try it.” answered Mika smilingly.
The bell rang, signaling the end of the class.
“OK everyone, you know what that means. Mika, you made the class lively today, good job. And , I was actually expecting a little more from you today.” their teacher said to the two. Mika just smiled as if some dark cloud was forming in her head.  on the other hand was just staring and smiling disdainfully at her teacher while she walked out of the room.  went and sat beside Mika and asked her, “Why the sudden in interest in suicide?”
“Nothing. I see nothing wrong with it. Do you remember when we took that psychological test for fun? You had the highest suicidal tendencies.” Mika answered while writing ‘Making love with death, seducing it, outsmarting it, experiencing what lies beyond death,’
“And so?  said exasperatingly. “On something not related to wrist-slitting, we were partnered to do a feature article for the next issue. Any topics you have in mind?”
“Way ahead of you. Since we just discussed suicide, why don’t we write about the people who actually tried killing themselves but then chose to live instead.” she said matter-of-factly.
A smile formed in ’s face at what her “partner” had said. “That sounds interesting.” she said. She looked at her watch and grabbed her stuff and stood up, and said, “I gotta get to my next class. Let’s just meet at the office and discuss your idea there later.” and then ran out of the room. Mika was left there still writing on her notebook. After a couple of minutes she checked the time, calmly stood and walked out of the room to get to her next class. She didn't notice that a piece of paper that from the notebook that she was writing on fell off with the phrase written ‘Me and Death are one’.

looked annoyed. The class was given another paperwork, the third for the day, and the will be submitted the day after the next.

“There’s a conspiracy going here. And it involves torturing students mentally,
until they break. I am not surprised that some had already killed themselves because of academic pressures. Times like these makes me want to join the suicide bandwagon.” she muttered while writing down the instructions for the research that she’ll be doing. “They’ll not read this thoroughly anyway.” she followed on grumbling.

“Good work Mika on your research. I have a feeling you’ll get a high grade on your report.” said Mika’s teacher. She just smiled and said “Actually, I’m still not done and I was going to ask your advice since I’m thinking of adding other factors like causality. I’m worried that it might get off topic if I introduce it, but I found some interesting researches done my scientists on this so I want to at least talk about just as an introduction. “
“Very well. Anyways, I’ll read it before you present it in class.” her teacher answered.
After the class was dismissed, Mika went to the office and sent a text message to  to meet her there once her class ended. Upon arriving at the office, she noticed that no one was there, so she decided to start on their article. While typing, an evil smile formed on her face as if something bad was about to happen.
received Mika’s text message and as soon as her class finished she immediately went to the office. She got there and found Mika on the computer typing.
“OK, I’m here, let’s start.” she said.
“Yeah, let me just finish this.” Mika answered. After she was done typing she stood up and took something out of her bag.
upon seeing the object stared at Mika in bewilderment.
“Please tell me that, that gun is fake.” she said carefully as Mika pointed the gun at her temple.
“I don’t think that’s what you’re supposed to say to a person who’s holding a gun to her head.” she said coldly.